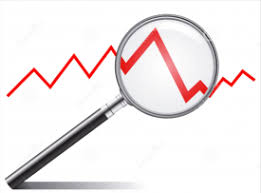 When customs, operative and civil measures are exhausted (or not used), the last way to protect brand is to take criminal and administrative measures.
Though they are liked the most by clients they are also the most hard to accomplish.
For the last ten years IP crimes have been rarely appearing on LEA radars as priority. During last 6 years Ukraine also was going by the road of decriminalization of IP infringements. E.g. custody punishments were removed from sanctions of article 229 of Ukrainian criminal code (Illegal use of trademark, aka counterfeiting). In 2016 parliament also removed paragraph about obligatory seizure and destruction of counterfeit and equipment for its production and did not accept the law called to regulate those procedures.
Leaving only fines in arsenal of LEA punishments made Ukrainian counterfeiters quite relaxed. Though they stay not entirely careless, the worst case scenario is just loss of money and criminal record in personal file. Not a big issue for people making good money on counterfeit.\

The other issue there is lack of specialized units in police responsible for IP rights. They are used to exist 3-4 years ago, but with reform of police, acceptance of new Criminal Procedural Code they were terminated, leaving IP rights protection to general police, which officers had no much understanding on investigating of such specific crimes.

Fortunately, recently created Department of Economy Protection undertakes IP infringements along with Department of Cybercrime which accepted some aspects of on-line counterfeiting. New educational IPR program for police officers is also under way, which pours some light on criminal and administrative enforcement prospects.
Unfortunately other negative aspects are way to go from tackling. High level of corruption leads to leakage of information and ruining the cases. Since all police officers have access to United register of crimes, information about investigation may leak in hundred ways. That is to say nothing about responsible officer himself or his colleagues who may learn about investigation on internal police briefings. Result is always the same – one day after long and hard investigation investigators find that there is no single counterfeit piece on sale, storage or production.

Direct refusal to make raids, raiding of empty warehouses and shops, “forgetting” to invite representative of brand owner on the raid, re-appearing of seized counterfeit on the market are not rare at all.
Even when the case goes to court verdict, the game is not over, since destruction of counterfeit remains big problem. Since no seizure and destruction is foreseen by criminal code now and new law on confiscation is still on its way, courts have no unified practice in handling that. Brand owner may encounter all range of decisions: from logical “seize and destroy” to very strange ones – “return everything to subject”.
Even with destruction award, presence of brand owner during destruction is rare occasion. Usually only papers are issued with “destructed” counterfeit re-appearing on the market.

Summarizing the material, Ukraine is quite bad but not totally hopeless in brand protection. Though civil, customs, criminal and administrative measures proved low effectiveness and high costs, Ukrainian counterfeiters stay rather businessmen than criminals, so operative and legal measures make them reconsider the options and quit with counterfeiting the brand which cares about own protection.
Hopefully, with improving economical situation and legislation, more close association with EU, development of new police IPR protection in Ukraine would reach new levels and the country leave the lists of 301 report forever.