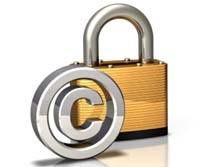 Naturally, the first barrier on the way of counterfeit is customs.
Effectiveness of Ukrainian customs may be reflected by single figure – 5 interceptions for 3 months of 2017. With 3400 records in customs register (and 1300+ active ones) and size of Ukraine it is almost nothing. By confessions of customs officials counterfeit is not their main concern in IP sphere. They have to spend most of the efforts on fighting with patent trolls.

Since it is quite easy to register patent and quite hard to cancel it in Ukraine (through court only), patent trolls patent usual things (e.g. recent example – patenting sack for the seeds) and then claim royalty from importers, making great headache for customs and leaving them no time to detect real counterfeit.
Legislation does not make customs protection easier. Though procedure of trademark listing with customs is quite straight forward, the procedure of interception is complicated. There is no simplified procedure of products destruction without consent of importer and no procedure for small batch destruction, hence brand owner should go by long way of making full-scale expertise of products intercepted by customs every time. Another headache is expertise of products: because of law being unclear customs may not accept brandowner’s expert conclusion and would demand independent one.
With such complications and no control over parallel import, Ukrainian customs may stop counterfeit rather occasionally then intentionally.
Association with European Union and harmonization of legislation brought some light in the end of tunnel – introduction of small counterfeit batches (below 3 pcs and 3kgs) simplified destruction is expected – but this have way to go before implementation.
Considering customs transparency to counterfeit flow, the most of it appears on the customs territory of Ukraine and it is now headache of brandowner to find and tackle the issues.

Operative and legal measures (sometimes called “counterfeiters harassment”), are the most usual fix of this problem. Since they do not depend much on state support, at the time, they are most effective in present hard environment.
The idea behind is to find counterfeit distributors and producers, track their activity, then discover the fact of awareness about their activity to them (usually by C&D letter). That has quite immediate effect on the most of them who are just leaving the brand and concentrate on the others.
For those who do not stop or change, harassment should be continued. Constant pressure (e.g. initiation of inspections by tax or customers protection authorities) makes even the worst counterfeiters to change their operations (change the address, cover entity, front mans, etc). That costs counterfeiters time and money, so legitimate sales people may catch up while counterfeiters are busy with restructuring their operations.
That is naked true of ACF – usually it is not possible to make counterfeiters stop, it is only possible to change their focus, modus operandi or scale of counterfeiting.
Unlike single one-off raids, operative and legal measures are also effective in term of creating “buzz” on the market that brandowner cares and making counterfeiters society to leave the brand alone or distribute counterfeit more selectively and carefully that inevitably leads to decreasing of counterfeit sales and cleaning part of market for legitimate products.

Civil measures is another way to protect IPR, though it works not quite well in Ukraine.
Effectiveness of civil measures strongly depends on how well court and bailiff system work. Despite of court system in Ukraine generally works well (3-6 months to get court award in the first instance), bailiff system is not performing at all. Recent reform which introduced private bailiffs in addition to official ones is called to change the situation, but for now the process is too slow to expect substantial outcomes in coming 2 years.
So generally it is quite simple to get court award protecting IP right, but there is little chance to execute it (either restrict counterfeiters from violating or get the damages compensated).
IPR court which is called to improve trademark protection through civil process, is going to be introduced in September 2017, however considering points above no great impact is expected.